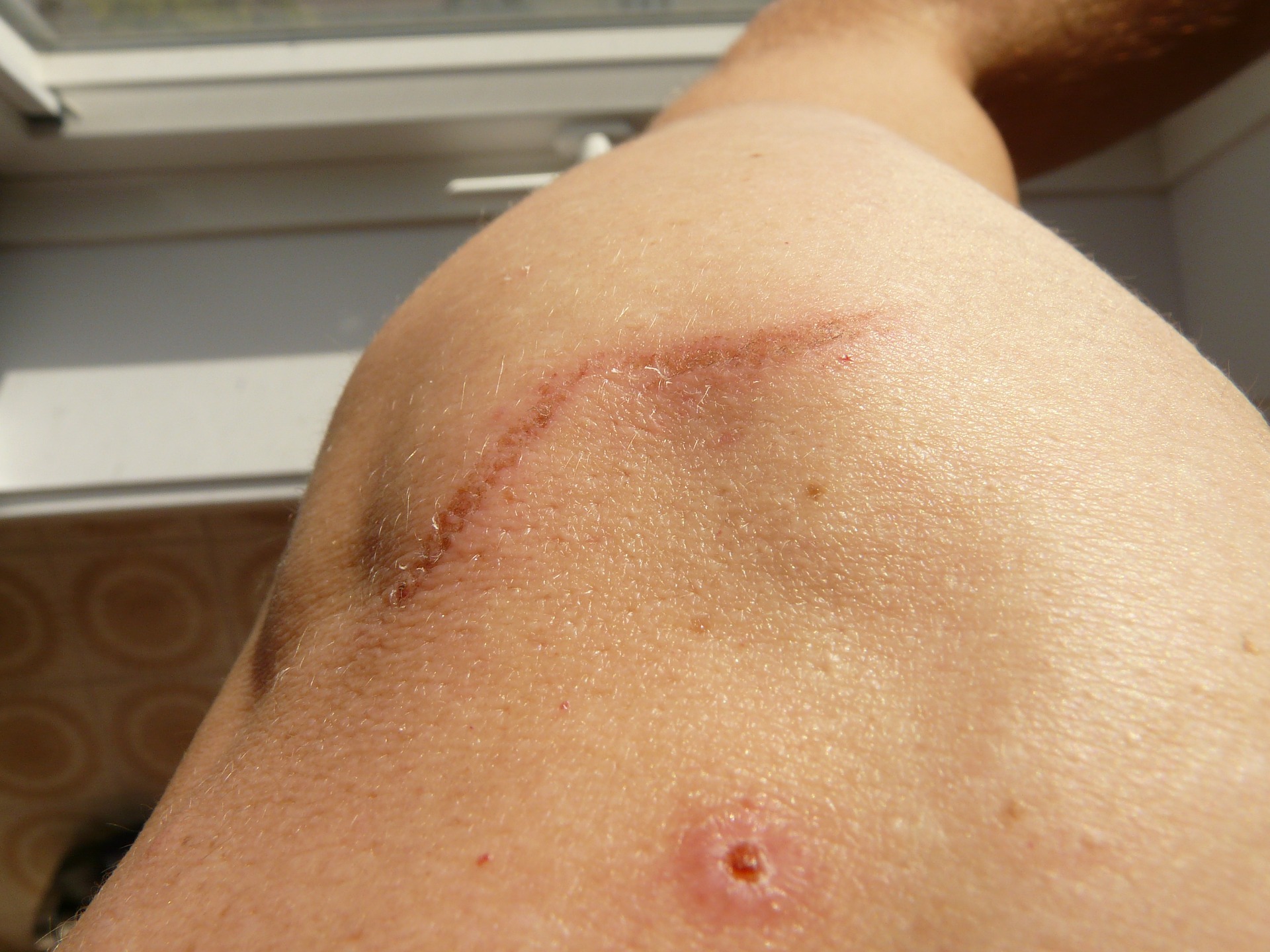 Most chronic abdominal pain is caused by old residual scar tissue and adhesions. After scar tissue and adhesions form they can cause tissue to remain tight and inflamed for years. Scar tissue is connective tissue used by the body to patch together tissue like skin, tendons, and bones. Similarly, adhesions are bands of fibrous connective tissue between abdominal tissues and organs that interfere with the normal smooth sliding between the slippery surface of organs and tissues.

What is this abnormal tissue and why is it so tenacious? It is repaired tissue, hastily constructed to hold the body together in cases of emergency. Abnormal tissue is tenacious because, at its heart are the fear and anger that were felt during and after the original surgery or infection which become stored in this repair tissue. It resists normalizing into supportive tissue because it has encapsulated these emotions. Fear causes contraction and holding, anger causes ongoing rebellious inflammation. Even if you have forgotten all about the emotional circumstances around the cause, your cells can be slow to let emotional trauma go.

What causes Abdominal Scar Tissue and Adhesions? Abdominal surgery is the most frequent cause, along with injury and inflammatory conditions like cholecystitis, radiation therapy, appendicitis, endometriosis, STD’s, internal bleeding, and leaky gut syndrome.

How does the Infratonic cause this tissue to stop fighting and start normalizing? Fear and  Rage are stuck repeating patterns of frequency in the theta frequency range. As the Infratonic penetrates the rigid tissue it raises the frequency of adhesions and scar tissue to alpha, bringing relaxation and cooperation toward healing. Scar tissue relaxes and unwinds so it can easily unite with the rest of the body to reform into normal, healthy, pain-free connective tissue. It’s that simple and often that quick and easy.

Check out some User Reports from our tribe members.  Discover how Abdominal Scar Tissue and Adhesions sufferers found relief and how they applied their Infratonic.

Scar Tissue in Urethra Blocks Urine Flow:  Scar tissue in urethra causing reduced urine flow and consequently infection and many other symptoms. Resting on perineum and side of pubic bone (Balance) 7-45 minutes as needed up to 4 times per day. Regained control or reduction of urine flow, which was previously out of patient’s control, and as a result great reduction of urinary track infections. Sleeping, eating, weight gain and many other forms of well-being as a result of reduction of urinary track infections. — Dean Vusikas, Tucson, AZ

Poorly Healed Bikini Scar: I had a very poorly healed “bikini” hysterectomy scar, discolored and poorly filled in. In 2000, twelve years post-op, I decided to try using my Infratonic on it for short periods. I treated for 10-20 minutes at a time (Balance) for a period of a few weeks (not even daily) directly on the scar tissue. Skin color of scar is now normal skin color, rather than reddish and scar tissue has filled in and smoothed out so that it is hardly noticeable.

My chiro/acupuncturist agrees that this is a very well healed incision. It always bothered me that the scar was so poorly healed. When I was hot and sweaty and tired from physical work, it would sometimes ache and bother me. No more. I was skeptical of some of the claims made in your literature for the Infratonic, but now I’m a true believer. — Kathleen Deming, St. Paul, MN

Post Surgical Adhesions: I have a client who experienced severe pelvic pain following surgery. Compilation at adhesions and damage to muscles burned during cauterization for a surgical procedure. She suffered pain for twenty months of not being able to jump, dance, walk fast or run. She constantly had pain to the touch of the area. Cortisone shots were recommended but she decided to come to the Rainforest Healing Center for Alternative methods. It was only matter of three sessions, 1/2 hour treatments with the Infratonic machine and Reiki Healing, which was done on her pelvic area, which resulted with a quick recovery. She no longer has pain and has gone back to living an active and fulfilling life. — Bonnie Drabick, Mertztown, PA

Deep Breathing to Release Post Surgical Adhesions: I personally made extraordinary progress with old adhesions. Twenty-five years ago, I had surgery twice and was in the hospital three and a half months, during which lots of adhesions formed. About twelve years ago, I was doing deep breathing exercises and popped one. It felt like a heart attack.

Since childhood I have had difficulty breathing deeply. But a few weeks ago, while using the Infratonic I was feeling very relaxed and found I could breathe deeply. I breathed very deeply and felt an adhesion pull in my abdomen. The Infratonic released the discomfort. A few hours later, I found I could breathe even more deeply than before, but then felt another adhesion pop near my shoulder. Over the next few days, I continued my deep breathing but took it easy. I felt like an accordion, breathing deeper and deeper as adhesion after adhesion gently released. It was like the Infratonic was dissolving the adhesions so I could break free of old emotional restrictions. Now I can breathe much more deeply and powerfully. — Jeff Long, Laguna Hills, CA

Adhesions from Old Gallbladder Surgery: I had my gallbladder removed 23 years ago. For the last five years I was having pain in my gallbladder incision area, right side, and right back area. After eating anything, the food felt like it was stuck at the beginning of the incision area, causing pain. I didn’t know what to do to relieve it! Punching hard on the area worked, so I did just that. Well it did relieve the pain. It seemed to push the food through.

I searched out many different healing avenues, but none worked! I finally went to a surgeon who told me I had adhesions, which he couldn’t operate on because they would only grow back. So I continued punching myself. Now, how do you punch yourself without looking like you really don’t like yourself or that you’re just plain NUTS? I had to explain or suffer without the punching until I could get with people that knew my condition.

I placed the Infratonic on the painful area for 40 minutes for one month. I no longer have to punch myself to move the food through the incision area. I have no pain, no feeling like my food is stuck in any area of the body. The adhesions are gone! What a relief! — Adele Breeden, Salt Lake City, UT

How have you successfully treated you Abdominal Scar Tissue and Adhesions? Engage your Tribe, share your thoughts and ideas in the comment section below!