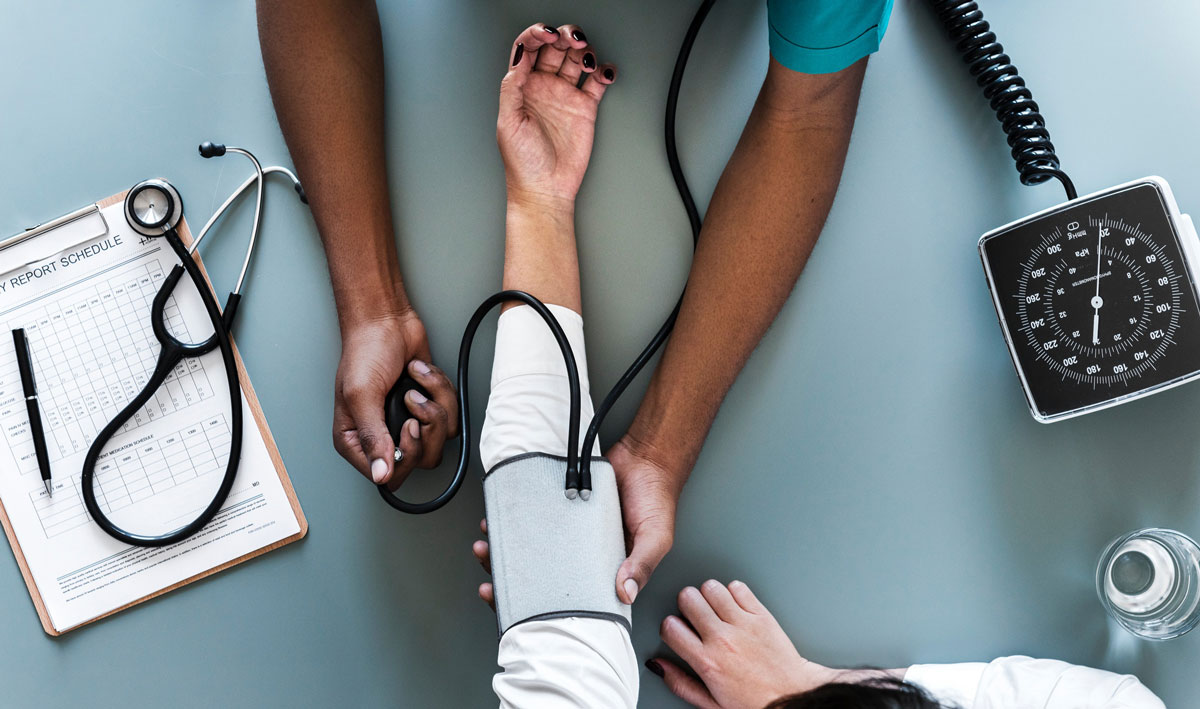 In preparation for this Father’s Day, let’s have an honest discussion about men (fathers) and their healthcare habits. As a company that makes heartfelt technologies designed to improve people’s health, we’ve noticed an interesting trend: most of our customers are women.

After reflecting on the gender breakdown of our customers, I began wondering if there is truth to the stereotype that men, by and large, don’t engage in healthy habits to the same extent as women do. I decided to do a bit of research. What I found surprised me.

Men don’t live as long as women. It’s not just a sensational headline. It’s a fact, confirmed by study after study. The average lifespan is about 5 years longer for women than men in the U.S., and about 7 years longer worldwide. Women die of less heart disease and they’re less likely to commit suicide. [1]

It’s not necessarily that men are less healthy by default than women. Part of the difference in lifespan may be attributed to men’s larger average size than women. Across a number of species, larger animals tend to die younger than smaller ones. Although the size of this effect is unclear in humans, it likely works against male lifespan. [1]

We do also know, however, that men are statistically less likely to seek out healthcare, whether that be allopathic or alternative, [2] and we suspect that they also, for similar reasons, are less likely to engage in robust self-care routines. These are likely the two biggest culprits in men’s shorter lifespans.

Women tend to feel more affected by health problems than men, who often have more “macho attitudes” regarding their physical, mental, and emotional health. [3] There appears to be a correlation between men who self-report traditional views on masculinity, such as the belief that men should be strong and show less emotion, and resisting healthcare or self-care. [2]

This Father’s Day, we’re encouraging you to nag your loved one! Health is nothing to take lightly. No matter his age, remind the father in your life how important it is for him to be intimately engaged with his health situation. It isn’t somehow manlier to ignore early symptoms of a condition or to avoid treatment for ailments that genuinely plague him.

For those stubborn dads who are resistant to visiting the doctor but are experiencing inflammatory conditions such as diabetes, sciatica, back problems, or chronic pain, Infratonic therapy is a convenient, non-invasive way to help them experience relief. One of our customers lovingly refers to our Infratonic 9 as his “doc in a box.”

There’s a reason thousands of massage therapists, physical therapists, acupuncturists, naturopathic doctors, and medical doctors use our products in their practices: quite simply, they work. They provide lasting relief, impressing patients with their level of care. Controlled research has proven that Infratonic therapy increases tissue-repairing chemicals such as hyaluronic acid and decreases key markers of inflammation.

At Sound Vitality, we believe that sound is a powerful key for unlocking a new level of health. Our patented Infratonic sound waves break the habitual pattern of stress, allowing the cells to regroup and create stronger cell membranes, increasing the production of hyaluronic acid and ceasing to send alarm signals to the rest of the body.

Another important key we have discovered is reducing Oxidative Pollution, a form of pollution that can be traced to combustion from agricultural burning, cars, fluorescent lights, furnaces, etc., which fills the air with oxidative potentials that cause increased free radical damage in the body and contribute to chronic illness, endangering us all.

To absorb this Oxidative Pollution and protect us from these chronic illnesses, we have developed several products to absorb and step down this oxidative potential. The first is the Vital Harmony Pendant. It uses the magnetic field of your heart to absorb the oxidative potential, transferring it to a special alloy, which steps down its frequency and makes it harmless to the body.

Our second approach to mitigating Oxidative Pollution is in the home and the car in the form of the Home and Auto Sludge Busters. We’ve incorporated the same technology in two devices you can plug into your electrical outlet and your car cigarette lighter. It absorbs the oxidative potentials from the electrical wiring in your home and from the metal body of your vehicle, protecting your family from excess free radical damage.

In honor of Father’s Day, we’re running a special where orders over $695 are eligible for free shipping and an Auto Sludge Buster at 20% off if they are purchased online.

Our pioneering technologies have helped restore the health of thousands of customers worldwide. We hope you will share them with anyone, including any anti-doctor’s-appointment-dad you might know, who is looking for a convenient way to increase their vitality.

What health tool does your father deserve for their holiday? Engage your Tribe, share your questions, thoughts and ideas in the comment section below!