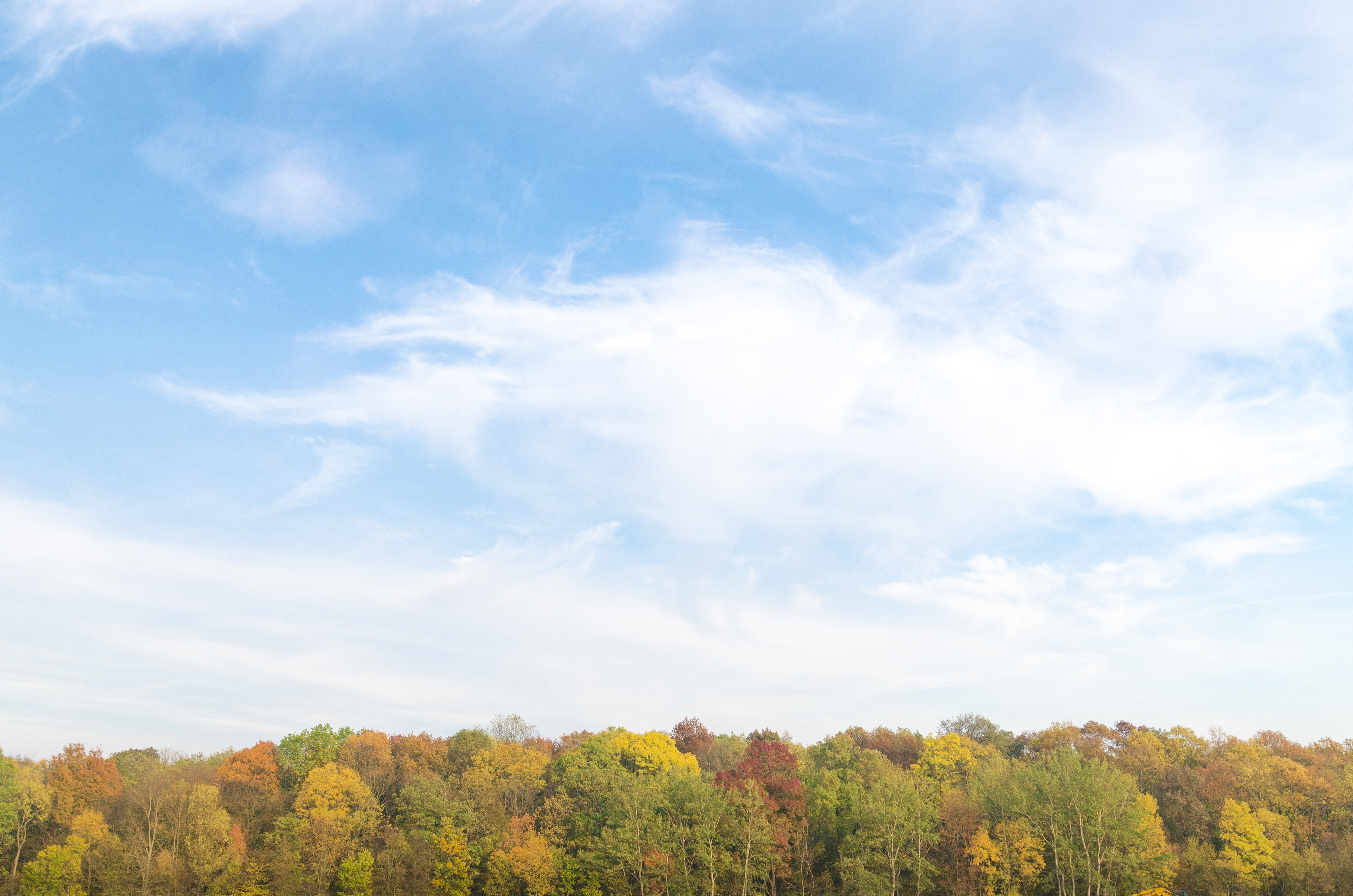 When the Sun shines air molecules are hit by high energy photons, sometimes breaking apart to form high energy molecules.  Ozone is one of these. Others are NO3 and OH. They are less well known but similarly corrosive gasses. At night, the ozone and OH mostly disappear, and their Oxidative Pollution is carried mostly by NO3 and other more stable chemicals. But in the morning with the first rays of sun, the ozone and OH again fill the sky. The OH is so reactive that it doesn’t last more than a second before reacting with other chemicals in the air, so is very difficult to measure. Fortunately, Ozone lasts longer. Ozone illustrates the concept of Oxidative Pollution so well because it has been studied extensively in the lower atmosphere and because it is known to contribute to a variety of inflammatory and chronic health conditions. Also, we see how easily it is increased by cars and industry and decreased by exposure to organic materials. 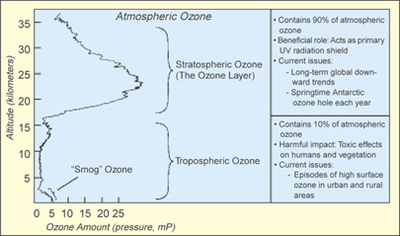 The graph on the left shows an ideal concentration of ozone as it declines close to forests and far from cities.  The graph on the right shows the effects of busy roadways and other combustion near cities.  It is significantly lower in rural areas because they have fewer cars and more plant life. This shows that the earth, particularly with trees and plants, absorbs ozone.  However, we also see that ozone concentration in big cities and their surroundings is high enough to be a significant health hazard.

How far do you need to get away from big cities to be safe? 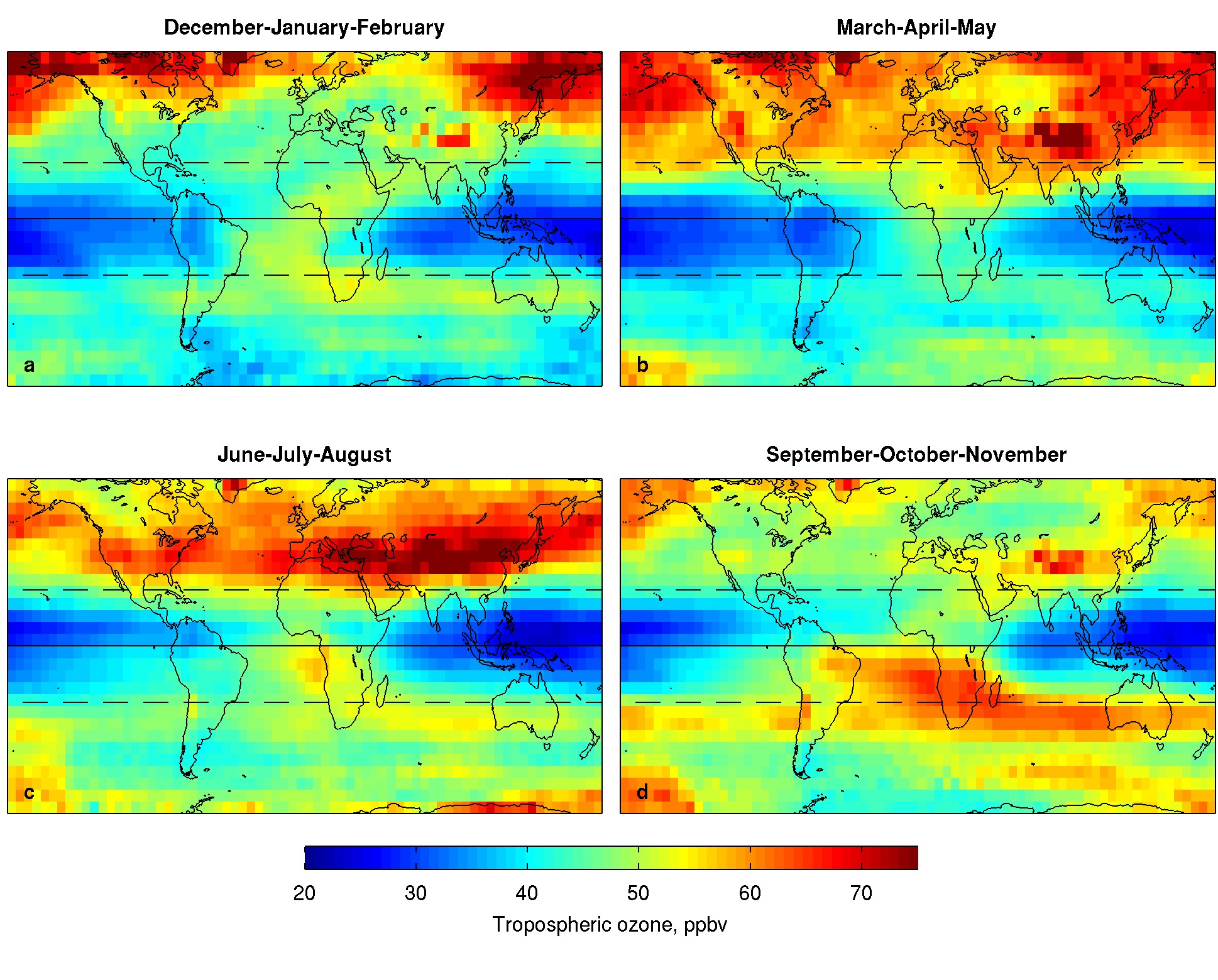 Satellite imaging answers this question.  The following graphs show worldwide ozone distribution in fall and spring. Note that, in the northern hemisphere, ozone concentration (and Oxidative Pollution) is much lower in the fall than in the spring.  In the southern hemisphere it is much higher. Notice that, where the sun shines most intensely, over the equator in South America, there is very little Ozone. Scientific studies tell us that this is because the Amazon rain forest releases massive amounts of organic aerosols into the lower atmosphere which react with the ozone. These aerosols act as antioxidants, absorbing the Oxidative Pollution from the ozone and other high energy chemicals in the air, creating a zone of low oxidative pollution.

I have studied the people of the Peruvian rain forest and those who live downwind from this air of low Oxidative Pollution in Ecuador.  Back in the 1960’s it was discovered that 5% of the people of Vilcabamba, Ecuador were over 100 years old. Some centenarians could be found sitting under trees reading books without glasses. The rural population of Ecuador and Peru still have about a quarter of the diabetes and heart disease as the countries located away from the rain forest.

Another key observation from the world Ozone charts is that agricultural burning seems to dominate the ground level ozone concentration around the world.  You can see that ozone increases dramatically in the spring in north Africa and the middle east, India, Pakistan, and eastern China during the time when 800 million farmers worldwide practice the ancient tradition of burning last year’s stubble to make it easier to plant this year’s wheat and rice crops. Governments around the world, especially those in India and China have prohibited agricultural burning and provided seeding tools that easily plant through last year’s stubble and have tried to teach farmers that burning decreases topsoil and contributes to soil erosion. However ancestral traditions, no matter how destructive, are very hard to change.

Actions you can take:  If you are a farmer or know a farmer who practices agricultural burning, learn about soil conservation. If you and your family are victims of second-hand Oxidative Pollution from around the world, consider contributing to a non-profit organization dedicated to reducing worldwide agricultural burning.

Where do you live, how does Oxidative Pollution effect you? Engage your Tribe, share your questions, thoughts and ideas in the comment section below!