skip to Main Content
About 3 years ago I was told that I am a type 2 diabetic. I was 64 at the time. After a lifetime of being pretty healthy, it was quite a shock. I had a healthy lifestyle and diet, but quickly made necessary changes and began taking medications. Within a month, my blood sugar was in a normal range along with other indicators like blood pressure, etc. So I was shocked once again when about 6 months later I started having common symptoms of neuropathy. Very quickly these become more severe with nerve pain in my feet and legs. Over time, the nerve pain subsided – but I lost significant feeling in my feet, had tightening in my ankles and strange in my legs. Before all of this happened, I used to walk 3-5 miles a day. Once I lost feeling in my feet, my balance became weak. I could no longer take walks, exercise, lift things, and much more. It was painful and I had the fear of falling. Over a period of 2 years, as my body tried to compensate for the fear in falling and lack of feelings, every part of my feet, toes, muscles and legs were simply out of whack. I tried dozens of methods to either recover or at the least become comfortable. This included, therapy, message, drugs, supplement, oils, acupuncture and much more. Basically, I am a positive person and open to anything – but nothing worked. I had reached a point where I could accept I would simply have to live with this and enjoy life as best I could. One day a local chiropractor and good friend, who had used other Sound Vitality products, told me that the company had contacted him about Vital Rest. They asked him if he had a few patients on who he could try it out. When he told me about it I was sort of burned out on trying things out. But, he has helped me in the past so I went ahead with an open but skeptical mind. This was about 2 months ago. During the first week, I found that the nerve pains started to return a bit. While this was uncomfortable, it was interesting to me in that at least I could feel it. So, I kept using Vital Restt about 20 minutes every day. During the second week, all of a sudden the pains were gone and I had some feeling back in my toes for the first time in 2 years. I just kept doing it. After about a month, I had about 20% of my feeling back in my feet. It was totally remarkable. I found that if I kept it up, improvements kept coming. It is hard to give an exact number, but now I think that I have at least 40% of my feeling back. I took a vacation with my family and walked 2 miles a day, I can lift things, my ankles are looser, my muscles are functioning more normal, the structure of my legs and feet are returning, I can now cross my legs when sitting and so much more. My wife is so happy as we enjoy doing more together. Never did I think I could feel like this again. I keep doing it every day and the improvements just keep accelerating. A few times, my chiropractor has gone out of town and let me take the Vital Rest home and to work so I can use it throughout the day. This helped even more. The few times I have not been about to visit his office, I do not find that I regress – but new improvements stop coming. I have also found that by moving my foot around on the pad during the treatment, the improvements are greater. I can’t thank Sound Vitality enough for creating this wonderful treatment. I realize that everyone responds differently to different treatment, but I highly recommend Vital Rest to anyone who suffers as I have. Just keep doing it over time to see the results. 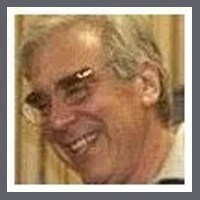 Paul Tarnoff
Rating: 5
Back To Top