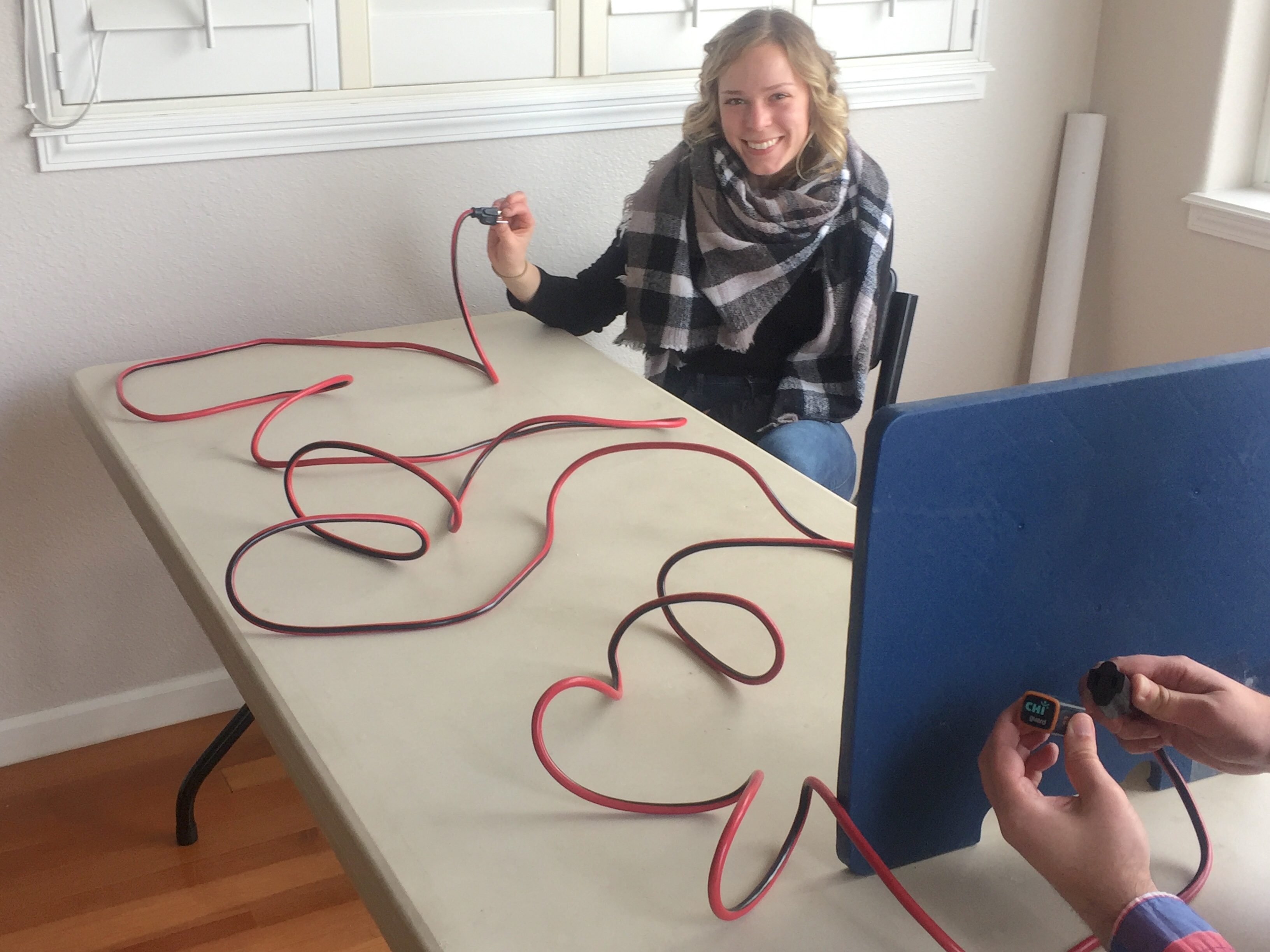 The CHI Guard Home removes energy from a wire which reduces tingling (pictured above).

Oxidative Pollution is collected by the electrical wiring system of homes. To study this phenomenon we needed to develop a research protocol to measure the flow of this Oxidative Pollution along copper wires. We unwound 30 feet of copper wire and asked several test subjects sensitive to the feeling of electrical buzzing of EMF to hold one end of the wire. This wire acted as an antenna, constantly collecting this ionizing or EMF or oxidative pollution from the atmosphere, so they felt a small buzz of agitation in their fingers just from touching the wire. When the other end of the wire was connected to a CHI Guard Home, the Oxidative Pollution was quickly drained from the wire. We asked the test subjects to indicate when they felt a change in the buzzing of the wire. They found that it took about 15 seconds to feel it.  This means it took about 15 seconds for the condition of low Oxidative Pollution to flow from the CHI Guard to their fingers. This speed of propagation of irritating influences along a wire is consistent with the findings of the industrialist, Baron Carl von Reichenbach 200 years ago.

You can reproduce this experiment yourself.  Stretch out any length of copper wire you like. We used 30 feet. Find a sensitive test subject to hold onto one end of the wire. Then connect the CHI Guard to the other end of the wire and time how many seconds pass before the test subject feels it.  With several test subjects, you will probably find a propagation rate of 2 feet per second.  This same phenomenon applies to your home electrical wiring. It is often the wiring, and not the WiFi or other electronic equipment which is the source for the buzzing, numbness, rash, or other signs of ionizing radiation.

How Do We Know SludgeBusterTechnology Works?