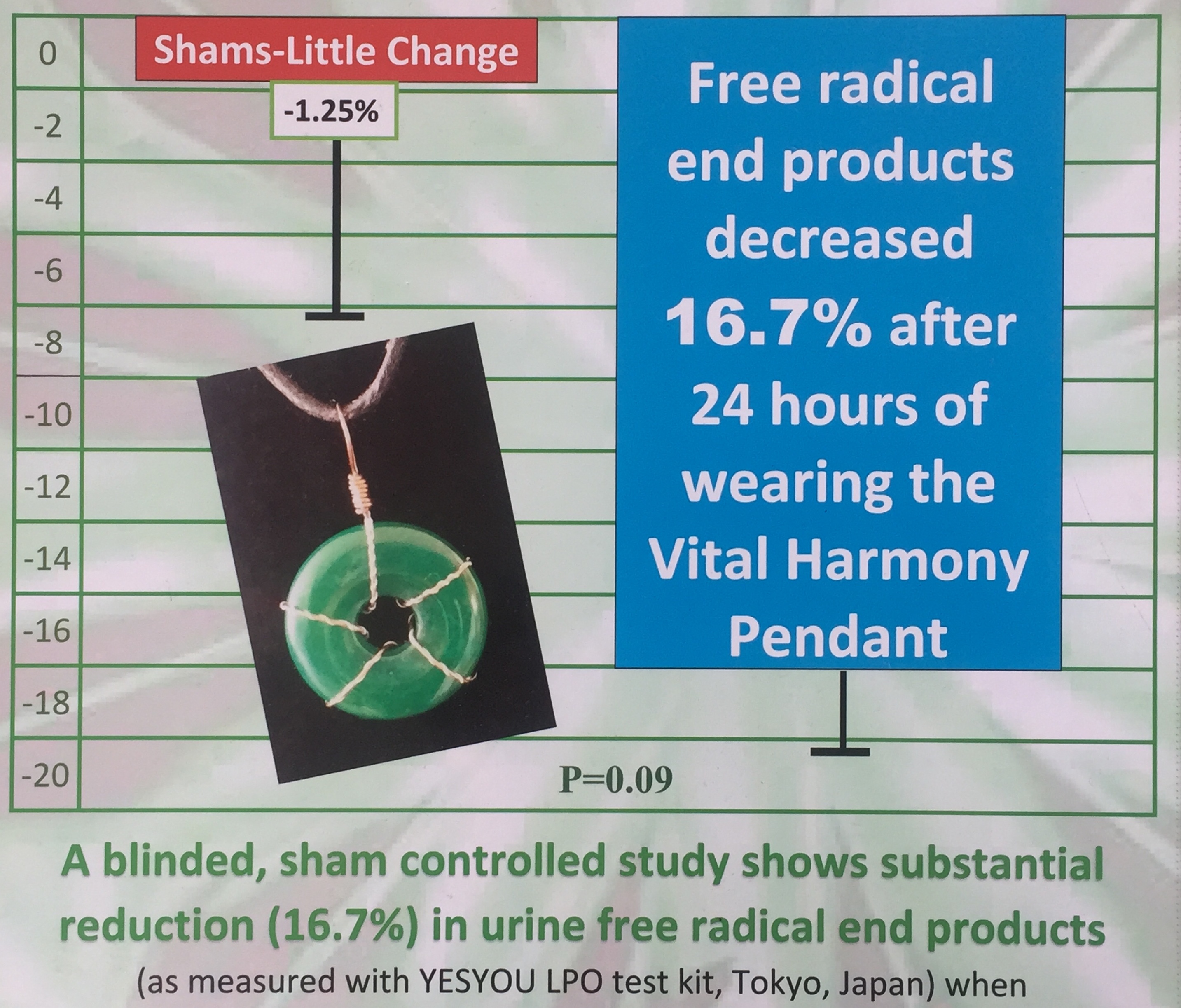 A blinded, sham controlled study showed substantial reduction (16.7%) in the urine free radical end products as measured with the YESYOU LPO test kit compared to a placebo device. This study was conducted as a double-blind crossover study where each participant wore both a real and a placebo CHI Shield on consecutive days with nobody knowing which was which. Urine free radical levels were compared to the pre-test levels. The first urine of the morning was used To be included in the study each participant needed two consecutive pre-tests which were consistent.

You can conduct this study at home, though you will need to observe careful controls as described in the instructions of the LPO test kit.

How Do We Know SludgeBuster Technology Works?

Background: High energy EMF in the frequency range of ionizing ultraviolet (Oxidative Pollution) is very hard to measure directly because it is immediately absorbed by our atmosphere and is delivered to the body by energized air molecules and not photons of ultraviolet light. However, the effects of this ionizing radiation are easy to measure.  They are the symptoms often attributed to EMF sensitivity from cell phones, smart meters, and WiFi.  The World Health Organization lists these as the most commonly experienced symptoms: “Dermatological symptoms (redness, tingling, and burning sensations) as well as neurasthenic and vegetative symptoms (fatigue, tiredness, concentration difficulties, dizziness, nausea, heart palpitation, and digestive disturbances).”   WHO scientists have been unable to reproduce the claims that cell phones, WiFi, etc. can cause these symptoms.

What’s your CHI Shield experience? Engage your Tribe, share your questions, thoughts and ideas in the comment section below!