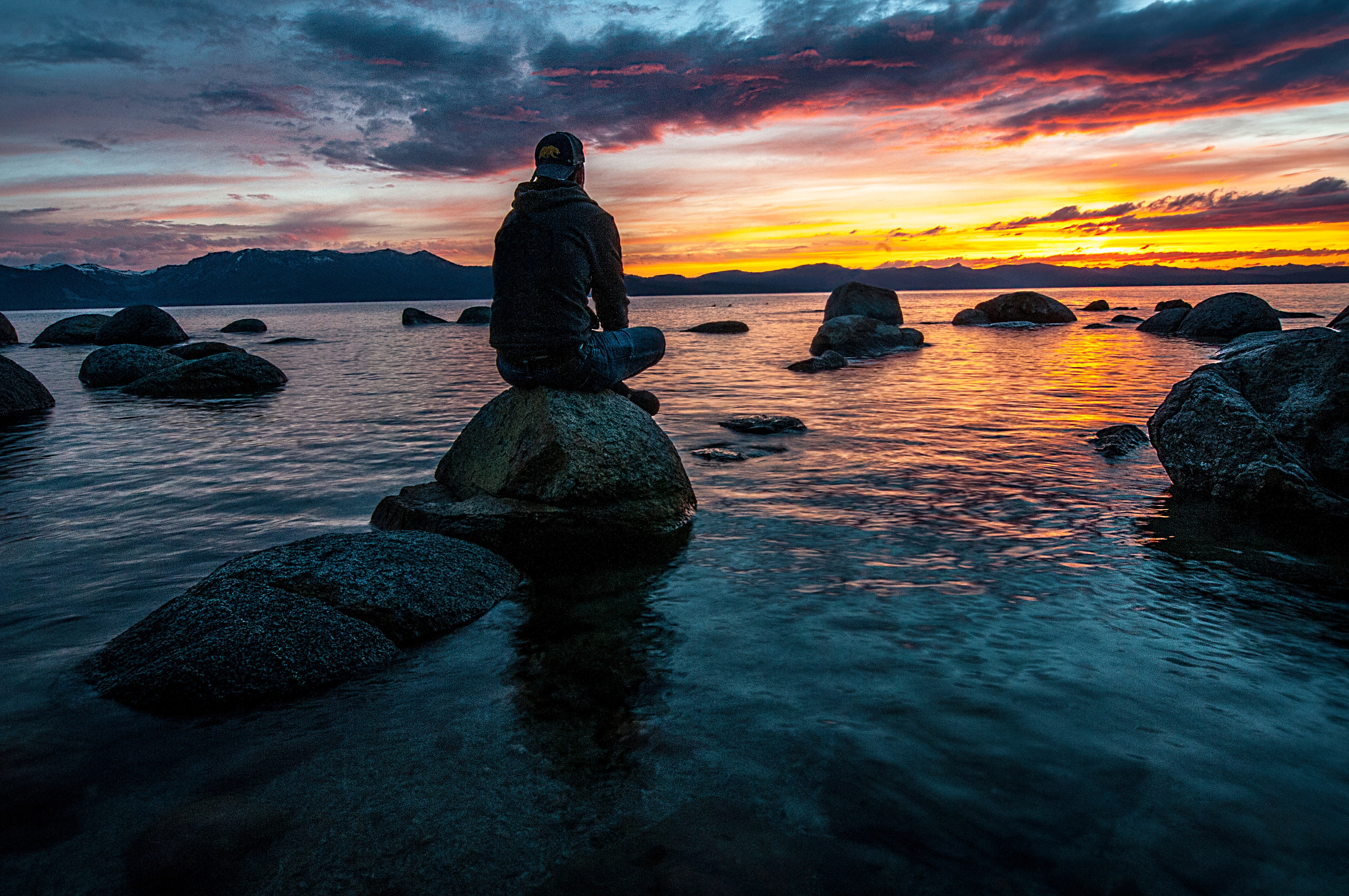 What if the current medical system abruptly came to an end? Would everyone die? The fact is a growing number of people have taken their health into their own hands, educated themselves in effective self-care practices, and except for an emergency accident, live outside the medial system. Chronic illness has largely disappeared, their life expectancy has increased, and their joy and mobility have skyrocketed.

Those who continue to live the modern, stress filled, highly processed lifestyle continue to have chronic illness. This is most of the population of the developed world. Why doesn’t someone share self-care wisdom to all these suffering people?

The modern medical system provides amazing emergency medicine services, particularly after severe events like car accidents. As most have discovered by now, it offers little long-term value in cases of chronic illness and diseases of aging. In fact, following your doctor’s instructions is worse than no medical advice because medical advice has been strongly shaped by marketing propaganda, from diagnostic equipment manufacturers and drug companies delivered mostly to doctors, but now also directly to patients.  This means we mostly hear only what these multinational corporations want us to hear. Because of the pressure of this advertising, Google and Wikipedia started severely filtering their search results in 2019 so you now receive mostly what these multinational corporations want you to hear.

The reason for all this is simple. Unfortunately, the multinational medical companies make more money if you are sick but not dead. Healthy people simply do not contribute to corporate profits. Thus, illness medicine is the cash cow of the medical world, and the message delivered to the mainstream has been shaped to optimize illness for profit.

What is it our doctors are not telling us? There are many thoughtful, competent, and caring doctors out there. But most of them are severely misinformed by the corporations. Further those who don’t follow the mainline ideology often get attacked personally by unseen propaganda campaigns, and sometimes the medical boards prohibit them from practicing medicine because they are practicing outside the “standard of care”, the illness care model.

There are a few extremely important things Doctors are not taught in medical school, largely because these things are considered outside of medical practice.

Self care Key #1 Doctors are taught by the drug companies that the cells of the body are biochemical factories, and the only way to get these cells to behave is through drugs that alter cellular behavior. The medical profession has become so specialized that medical doctors force cells to behave, psychiatrists use psychoactive drugs to get entire patients to behave, usually justified by cellular chemistry, and psychologists, who focus on the mental/emotional processes are generally prohibited from doing anything at all related to physical medicine.

The fact is that your cells are not just single purpose chemical factories, but are rather extremely creative and versatile living beings which usually work as a team to provide you with abundant health, vitality and joy. They are strongly affected by your moods, emotional traumas, parental and societal judgments, and the repeating inner critic that echoes the early childhood judgments that have been spoken or implied, often in attempt to control us. These cellular judgments can drastically shift the behavior of our cells. One cruel comment at a time of vulnerability can throw cells in our body into a tailspin of production of inflammatory chemicals. Healing can halt, and chronic inflammation and autoimmune inflammatory conditions are often the result of cellular judgment.

Doctors seem to know nothing of this . They use judgments all the time to get their patients to conform to their treatment plan. Among the most devastating, “Without treatment, you have only 3 months to live.” This proclamation hits the cells hard. It does cause the patient to agree to chemo or whatever, but at what expense? The cells are thrown into a tailspin of panic.

How do you take your self-care into your own hands? First, understand that doctors and advertisements are a part of giant profit machines and use cellular judgment to control you. Second, understand that you sometimes judge or criticize others to control them. (we say “to help them”) As you examine how you use cellular judgment to control others, you will begin to see all the little ways most everyone around you uses judgment to control you. Then it is time to stop judgment and to ask others to stop all judgment against you as well. The most challenging is the hidden judgment, or passive aggressive comments. How often does someone say something judgmental against another as a part of a humorous story, then laugh at the end, at the other’s expense. As you eliminate judgment from your life, you will find that the inflammation and dysfunction of your cells will diminish.

Second, and this is a key to peace on earth, don’t use judgment to control young children and teach them the value of appreciation. As they grow up they will not judge those around them, and gradually, the world will change.

Self Care Key #2 Doctors are taught that the human body is a closed system. What we eat, what we do, and what we breathe are considered outside the medical paradigm. To keep the illness care majority trapped as long term patients, the multinational corporations have developed propaganda which teaches us that what we think and feel, and all environmental factors are outside of the physical body, and therefore have only a small bearing on our illness.  Occasionally doctors will advise “get a little more exercise” “eat more fruits and vegetables”, or “take a vacation to get away from stress”. The propaganda machine has taught us to ignore this advice and trust the pills produced by the multinational corporations.

The overwhelming factor in health and quality of life for all living beings on earth is oxidative pollution.  Plants are constantly converting sunlight into powerful antioxidants so plants can flourish despite the strong free radical load delivered every minute by oxidative pollution carried in the air. The air in the Amazon rain forest is so full of airborne organic molecules from trees that the oxidative pollution load is very low.  However, when we cut down trees, pave parking lots and roadways and fill the roads with internal combustion cars, we destroy the airborne antioxidants and replace them with high levels of oxidative pollution from the nitrogen, and water vapor in car exhaust. Even in agrarian cultures where agricultural burning is popular, large scale combustion fills the skies with oxidative pollution (along with lots of smoke).

These antioxidants in plants quickly oxidize, releasing their antioxidants whether they are eaten by us or processed by factories. Plant based antioxidants have a very short shelf life. The giant food processing industry simply can’t make lots of profit with perishable food. “Food processing” involves heating, drying, grinding, bleaching, and a whole lot of other processes which destroy the plant based antioxidants needed by people to thrive. Calories, oils, carbs, Vitamins, and minerals, while of some significance, are not nearly as important to quality of life as plant based antioxidants. The idea that the needed antioxidants for health can be contained in a bottle of powdered or pill form supplements is mostly a lie, another lie by corporations that want to make money. Any food that is processed usually increases our free radical load rather than decreasing it.

This may be the problem with meat, the reason that it has been shown that people who consume an average of 6 oz of meat per day die about ten years sooner than those who eat only 3 oz of meat a day. Freshly slaughtered meat may have abundant antioxidants, but processed, packaged, stored, and shipped meats deliver free radicals to the body. Preserved meats have been shown to have even worse effects on human health. Oxidative pollution is carried in air molecules as an extreme oscillation in molecular bonds which stores the ionizing potential of ultraviolet photons. This energy easily passes through the plastic wrap which is used to protect most meats. The problem of oxidative pollution in our environment and in our food supply has largely been repressed because this information would decrease the profitability of not only the food processing industry, but also the illness care industry.

Summary:  Cellular Judgment and Oxidative Pollution are the two big problems behind our chronic illness epidemic. Doctors simply don’t understand this because they don’t consider our relationship with our environment to be significant. As we can leave these problems behind, we can join the growing population who have entered the Post Medical World.

In the past year I have flown between the US and China 8 times. Today…

How does the Infratonic 9 reduce cellular trauma?

The Infratonic 9 produces highly unpredictable signals in the range of the brain’s EEG (electroencephalogram) activity, which is…

Can a Nessor Treatment Be a Sacred Ceremony?

I’ve written in the past about how my office doubles as a “sanctuary” of sorts.…

Recent Inspirations
Review the Research
Stay in the Conversation
Follow Us on Facebook
Follow Us on Instagram
Don’t let pain get in your way Our bodies are amazing. Given the correct pathway for healing, our body's own chemistry can bring us into balance and well-being.
Get In Touch
Back To Top
×Close search
Search
×