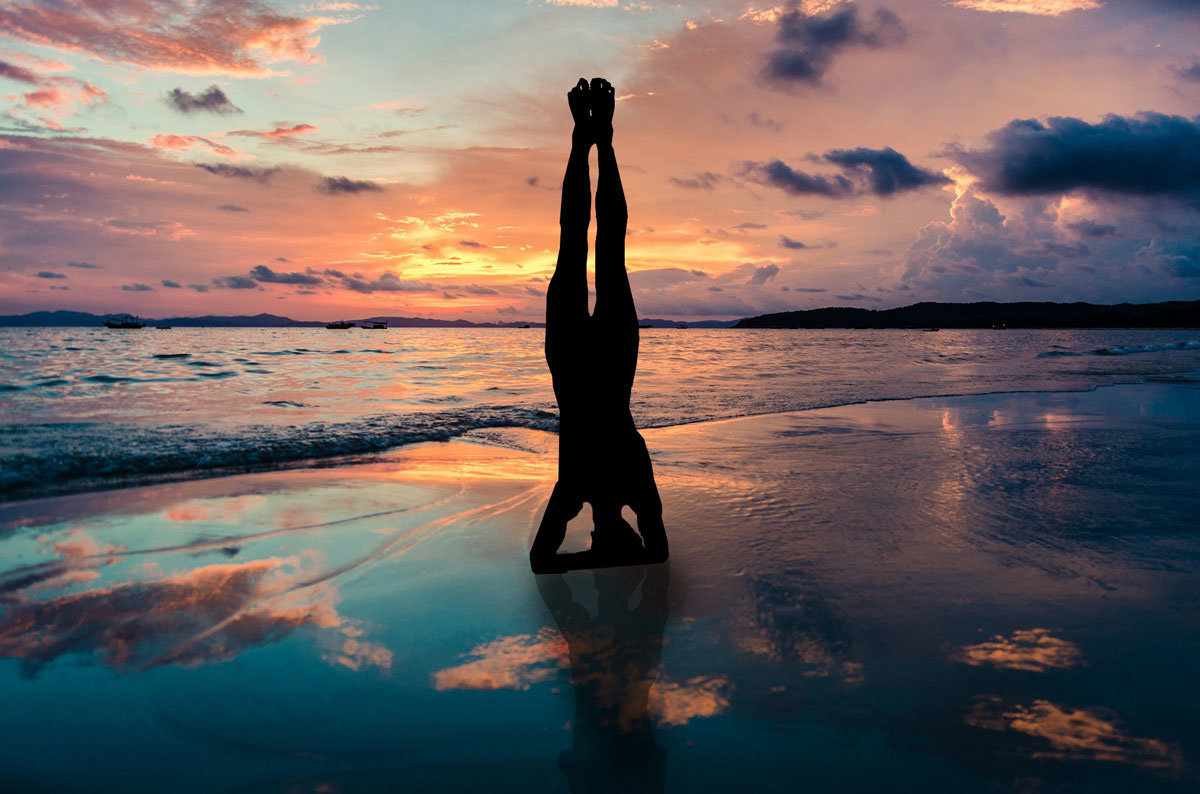 When I first started working at Sound Vitality (CHI Institute), I thought I knew everything important there was to know about health. I’d spent years studying nutrition, detoxification, and other topics related to alternative medicine. I’d tried dozens of different diets and spent nearly $100,000 on different healing modalities. I’d worked for one of Nevada’s oldest health food stores for several years where I peddled vitamin and herb supplements and learned about all kinds of off-the-wall health strategies. I’d even worked for one of the biggest wellness magazines in the country, the Well Being Journal. And the truth is, I’d learned a lot. I’d improved my own health quite a bit after acting as my own guinea pig, testing out every outlandish theory I heard.

But I was still missing one of the biggest pieces of the health puzzle. I wasn’t willing to admit it, but I was still living as a victim. I was still reacting out of past conditioning and unconscious expectations. I was still idolizing outside agents of healing, including infinite bottles of pills, not realizing the biggest pharmaceutical factory lay right inside of me.

Don’t get me wrong, I still take certain key supplements. The soils are depleted, so our food contains less nutrients than it used to. Add to that the fact that we’re exposed to far more man-made toxins than we evolved to handle and it becomes clear that certain supplements are a wise investment in today’s world.

But the most important “supplements” come from inside the body. Working at Sound Vitality (CHI Institute) has helped me realize that. I noticed from the very beginning that Richard, the chief inventor here, shied away from a lot of biochemical talk. He preferred looking at the emotional side of things. What is a person holding onto that is not serving them? What limiting beliefs do they contain that are preventing them from moving forward? I was unaccustomed to this. I lived in a world of physical substances knocking other physical substances out of whack. I had shut down many of my emotions after becoming wounded earlier in life.

So, this was something I resisted for some time. I remember becoming very frustrated one day upon realizing the implications of Richard’s perspective: I’m responsible for my own suffering. By inhabiting a frame of mind in which I allowed the world to constantly impede upon me, I’d been producing all my own worst health symptoms. By thinking thoughts that acted against my own self-interest, I had turned my body into a factory that pumped out incessant toxic chemicals. And to top it all off, my worst health problems were nothing more than an attempt to get my own attention, as well as the attention of others.

But this was also good news, for it meant that the opposite was also true: I’m responsible for my own healing. I suddenly realized it was time to take extreme ownership of my physical vessel. That meant flipping the switch so the factory started pumping out beneficial chemicals instead of toxic ones. That meant doing three things.

First, it meant cleaning house, prying into my subconscious and shedding light upon the psychological material that had been stagnating there for years. It meant replacing reactive lies I’d been telling myself with foundational truths. That’s where the Nessor came in handy.

Second, it meant strengthening my vital field and quieting the inflammation that ran rampant throughout my system. Did I hear someone say, “Infratonic 9?”

And finally, it meant optimizing my external environment by capturing the ionizing potentials caused by pollution and stepping down their frequencies so they weren’t as capable of causing free radical damage within my body. “Who ya gonna call? Sludge Busters (CHI Guards)!”

When we do these three things, when we address the emotional, physical, and environmental aspects of our lives, we create the conditions that make it difficult for chronic disease to live. It has no place to set up shop. We are no longer in the “frequency range” where the cells produce inflammatory chemicals. So, they get to work making beneficial compounds instead.

Did you know that when functioning optimally, our bodies produce thousands of dollars’ worth of hyaluronic acid every day? The problem is that our cells don’t always produce it so efficiently. And when hyaluronic acid production dwindles, we often suffer from joint pain, slow wound healing, increased wrinkles, and leaky gut syndrome, among other unpleasant physical symptoms. Controlled research has proven that Infratonic therapy actually increases hyaluronic acid production in the body. And other studies have shown that a number of other beneficial compounds increase in the body as a result of use of the Infratonic technology.

But the emotional aspect surpasses any measurable biochemical aspect. I recently heard Richard say, “Replacing fear with optimism, while not a chemical, is far more fundamental and important than any chemicals.” Addressing the “emotional grabbing” of a person has the power to turn hardened scar tissue soft. It has the power to create seeming miracles, to move what seems unmoveable.

I think it’s important for us to acknowledge our fear of thriving, of actually making it to that elusive place known as “Wellville” that so many of us say we’re trying to reach. Marianne Williamson once said, “Our deepest fear is not that we are inadequate. Our deepest fear is that we are powerful beyond measure. It is our light, not our darkness, that most frightens us. We ask ourselves, ‘Who am I to be brilliant, gorgeous, talented, and fabulous?’ Actually, the question is, ‘Who are you not to be?’ You are a child of God! Your playing small doesn’t serve the world. There is nothing enlightened about shrinking so that other people won’t feel insecure around you. We are all meant to shine, as children do. We are born to make manifest the glory of God that is within us. It’s not just in some of us, it’s in everyone. And, as we let our own light shine, we unconsciously give other people permission to do the same.”

I believe it is from this place that true healing happens.

I’ll end this post by quoting the late, great Charles Bukowski: “The less I needed, the better I felt.”