skip to Main Content
I have had my Infratonic 8 machine for around 10 years. The first four years I used it off and on. Then I got really ill about 6 years ago and this machine became my constant companion. I slept with it every night and sometimes during the day when in pain. I had many things wrong with me and no doctor could really tell me the cause. I was left pretty much on my own in the early stages. My organs were close to shutting down and I came very close to death many times during the last 6 years. I would often put the handle right on my heart when I was in such fear. It reminded me of being in the womb and the beating of a mothers heart beat. It brought me such peace and often that is what helped to calm my nerves and go to sleep. When I was not using it that way, I would move it around my body to the various organs and work on them with the machine. It has been a long and hard journey but the machine has been my best friend during the many hours of being alone. Recently the handle began to make a noise and I felt sudden fear like a friend was dying. I did not know if the company was still in business because I never had a need to contact them, that is how well made this machine is. So I found my information and was delighted to find out yes, they are still in business. When I explained my situation and how I needed the machine either repaired or replaced, they have gone the extra mile to make sure my machine was upgraded and returned to me as quickly as possible. I wish everyone could have a machine like this. I have learned that sickness gets set into a pattern and that pattern has to be broken up so it can pass from the body. I have used it to help my brain to break up old ways of thinking. There is no limit to how you can use the Infratonic. 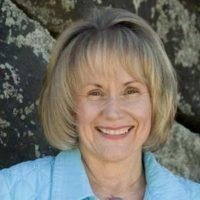 Cynthia Williams
Rating: 5
Sign Up for the Newsletter
Products