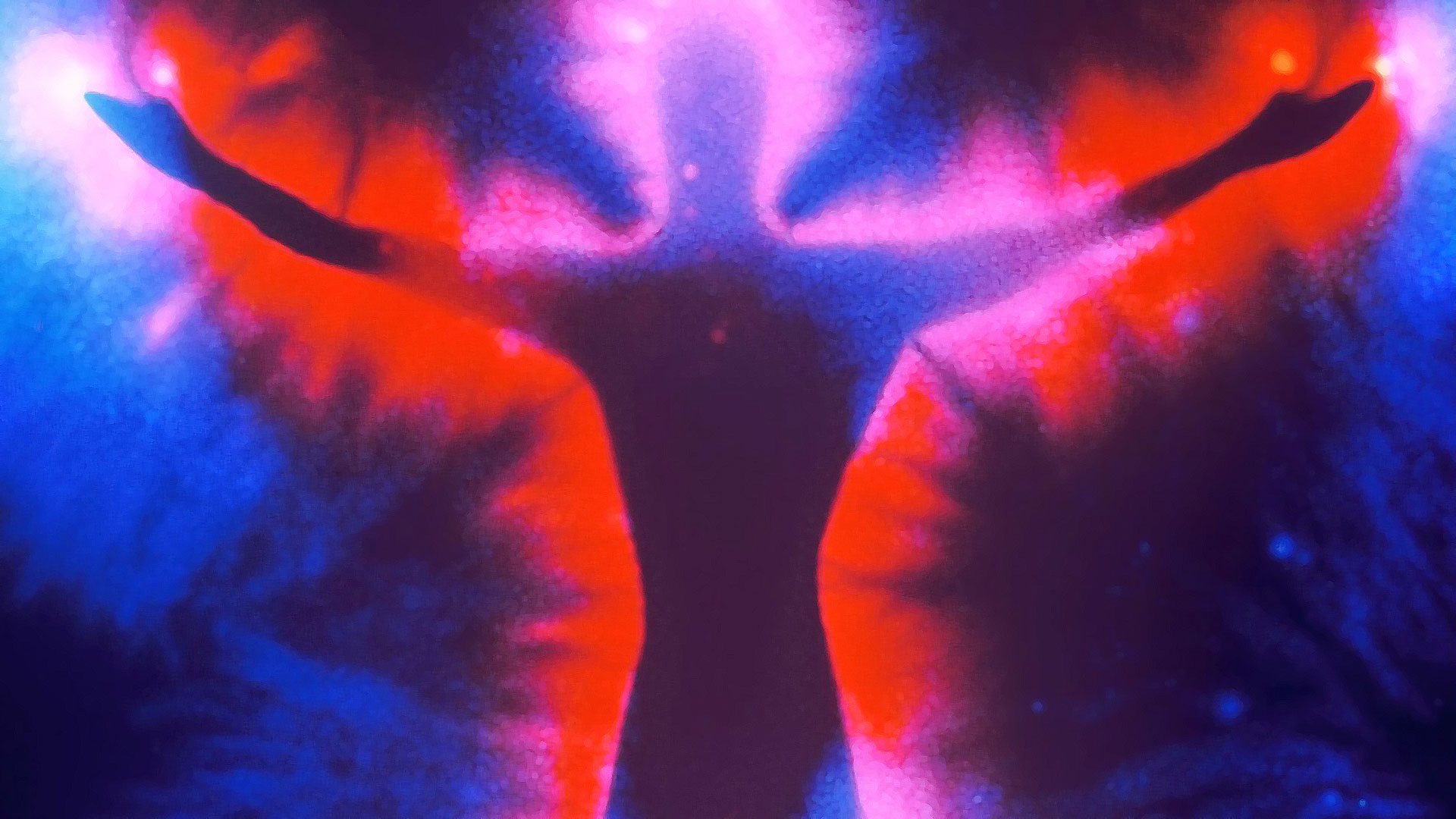 Many travelers feel exhausted and out-of-whack after a long plane flight. For some, it is a nightmare. Without supplemental magnetic and ionic supplementation, their Qi is slowly depleted and they are susceptible to every cough, sneeze, and sniffle carried by the air. My travel partner for one had always felt absolutely miserable within an hour of takeoff. On a recent trip to China we took 90 doctors, scientists, and therapists on the plane with us. This gave me a great opportunity to experiment and find out why air travel is so challenging.

Before getting on the airplane, I took Kirlian pictures of 20 of our fellow travelers as a baseline. A few hours into the flight, a second set of Kirlian pictures showed a big difference. I had expected a change, but not the dramatic shift I saw, a substantial increase in streamers (upper right photo). Most of these travelers were capable healers so had developed a characteristic smooth glow around their fingers. The streamer formation indicates a condition of electrical vitality depletion.

Those who showed the biggest increase in streamers were often also the most uncomfortable on the flight, complaining of such things as anxiety, rising heat, sweating, headaches, rising emotions, and nausea, the symptoms of Yin deficiency which affect many women.  Why are airplanes so low on this electrical vitality? First air conditioning systems often strip much of the electrical vitality from the air. Second, this electrical vitality is consumed by fellow passengers. Thus the passengers who need these ions to drive normal biological functions, are all competing for a limited supply of electrical vitality.

For my experiments, I had brought along some portable ionizers to supplement the supply of electrical vitality. I passed them out to the passengers who showed the greatest increase in streamer formation and who suffered the most from the flight. Within an hour, we took additional Kirlian photos and found that the streamers on Kirlian photos had disappeared.

Ionizers solve a major problem of air flight, that of severe electrical deficiency. It appears that our body’s immune system and other systems need electrical activity at the electronic level, perhaps like ATP, to drive the needed biochemical reactions. As the supply gets low, immunity and vitality decline.

My experiments showed that this electrical vitality is not the whole answer. Those travelers who experience anxiety, rising heat, sweating, headaches, rising emotions, and nausea, are also becoming depleted in magnetic energy, which Chinese doctors might call Yin Qi. Supplementing travelers with a magnetic field protects them from magnetic depletion. This magnetic field supplementation increases Yin, the strength of magnetic material in the meridians, reducing symptoms of Yin deficiency. This is measurable in Kirlian photography as a brighter picture, increased electrical conductivity. (see photo c compared to photo b above – MISSING PHOTO!).

The key is to provide a constantly replenished supply of electrical activity and magnetic field supplementation. Our first product, the Chionizer, was developed to surround the traveler with both electrical activity and a magnetic field. The results over many flights have been excellent. So many no longer feel ill effects from international flights.

Before the flight, (a) this passenger, a healer with a smooth glow around her fingers was electrically balanced (limited streamers) but had lowered conductivity (a). But after 2 hours of flying she became very uncomfortable and her Kirlian image showed streamers which indicate severe electrical depletion (b). After 1/2 hour with magnets applied, her electrical conductivity increased but she remained electrically deficient (c). After another half hour of using both the magnets and the ionizer, she was feeling better. Conductivity remained strong while streamers decreased. (d) shows that she was more vitalized than before she got on the plane.

Another traveler had recently been hospitalized with anxiety and high blood pressure after forcing an airplane to an unscheduled stop. On her next flight, she carried the Chionizer with her. Whenever she started to feel symptoms of nausea and anxiety, she put it on and the symptoms disappeared. When she took the unit off during the flight, the symptoms gradually returned.

On the day after a long flight people have also reported sleeping more soundly, waking up refreshed, and having more energy and greater clarity of thinking. Air travel depletes both the Yin (magnetic) and Yang (electric) aspects of vitality. The Chionizer proves the existence of Qi to travelers by causing fatigue and discomfort, symptoms of depleted vitality, to vanish!

The CHI Stone, our newest improvement on the CHionizer, after 30 years of research and refinement, not only provides the electrical and magnetic vitality but also provides provides unpredictable pulses to the vital field causing it to become more dense and solid and decreases the sense of fear and anxiety. Thus many who used to fear flying find their fear has disappeared when they wear our new CHI Stone. It is also often used in crowded environments to protect against emotional turbulence from other people.

How do you address flight anxiety, have you tried our CHI Stone? Engage your Tribe, share your questions, thoughts and ideas in the comment section below!