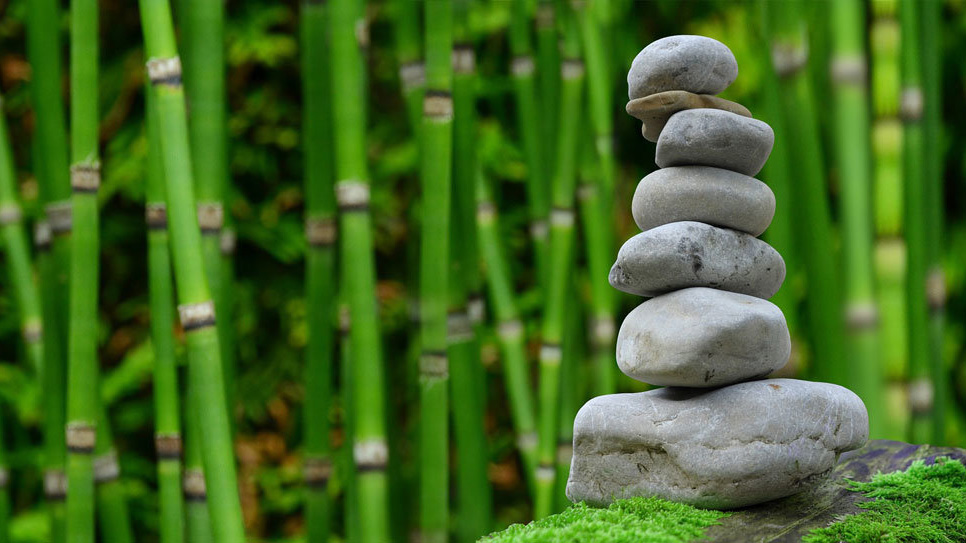 I’ve written in the past about how my office doubles as a “sanctuary” of sorts. Sure, we experience the typical headaches anyone who has worked in an office will undoubtedly be familiar with: customer demands, printers that stop working, mundane tasks, deadlines, etc. But there’s a pervading sense in the office that “all shall be well and all shall be well and all manner of things shall be well,” to quote Julian of Norwich.

My friend who is very “energy perceptive” visited the office recently and commented that “the energy in the place is obviously being moved constantly. You can just feel it being there.” I think he was spot-on in his assessment. It’s like we’re in this supportive cocoon, tucked away from the chaos and confusion of the rest of the world. I’m not sure how to describe it, or how to explain it, for that matter. Is it the large number of Sludge Busters (CHI Guards) on the property? Is it the Scalene Light? Is it a combination of all the different products and all the different experiments Richard is conducting upstairs? Is it the good energy of my coworkers?

Or is it the work we’re doing? I recently explained what I do for a living to a wise woman and she reminded me how fortunate I am to help relieve people’s suffering as part of my day job. “It’s spiritual work you’re doing,” she said. And I get paid well. Who gets to say that?

There was a time, though, when I wouldn’t have understood it. Truth be told, I was a bit of a “Luddite” for many years, a person who resists modern technology. I observed that gadgets and widgets were causing people to connect with each other less, to connect with the earth less. I spent years condemning electronics, fearing negative health repercussions from man-made electromagnetic frequencies, wishing we could return to simpler times.

I was fiercely skeptical of anything that advanced the human-machine connection. Elon Musk’s mission to link human brains with computers was the stuff of nightmares. And the truth is, I still find that sort of thing creepy.

But there was something different about Sound Vitality’s (CHI Institute’s) products when I found them. It’s almost like they weren’t machines at all but rather were extensions of our own biology. I was picking up on something that many people may not realize who use our products.

One reason the Infratonic 9 works so well is that it’s a “chi simulation device.” In other words, it simulates the energy produced by the hands of skilled Qigong masters, practitioners of a powerful “life force” energy practice in China. We each emit low-frequency energy in the form of soundwaves, believe it or not, but some people, like these Qigong masters, produce it in larger quantities than the average person, and they do so in a specific range that we can measure and reproduce in the form of Infratonic technology.

In other words, Richard and company were able to capture something mystical and place it in the form of a machine, in a way that is compatible with our biology. When I learned this, I felt like I’d stumbled on a wonder of the health world.

I gave myself permission to dive into these tools, to immerse myself in this perspective involving what Richard calls “heartfelt technologies.” If a device doesn’t “integrate with nature,” if it doesn’t “support the world we live on” but instead “struggles against the world we live on,” to use Richard’s wording, then we won’t sell it. Period. End of story.

So, this begs the question, can a Nessor treatment be a sacred ceremony? I think the answer is yes. I treat it as such. When I give a person a Nessor session, I make sure they understand what a “rite of passage” it is. You are communing with “ancient cellular memory, the foundational truths and life-affirming, cooperative behaviors which our cells can remember from millions of years ago, long before they were a part of human bodies,” to again use Richard’s wording. You’re essentially agreeing to “start over” as a human being, removing the conditioned responses “written over the original nature of the cells.”

I make sure to pray before I turn the machine on. I make it clear to the universe that I take the process seriously, that I’m grateful for the transformation it has produced in my own life. I pray that whoever is receiving the session will also be able to remove some trauma and reprogram their subconscious.

I’ve become passionate about the Nessor, if you can’t tell. It’s why I decided to become Nessor Man. That’s right, I get to be a superhero at my day job. I fly around at trade shows in a ridiculous blue costume. I dissolve unconscious cellular trauma through the power of low-frequency soundwaves. 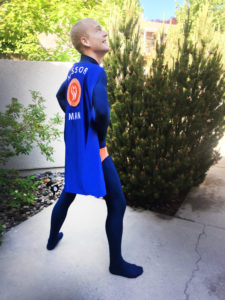 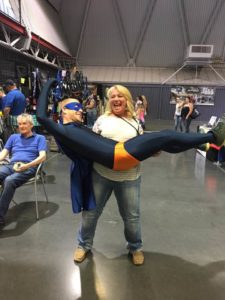 There’s a sense I often have at Sound Vitality that we’re sitting on something exceptional, the significance of which we can’t even see. “Why don’t more people know about this?” I’ve spent considerable time reflecting on this, among other similar questions.

But there are some people who not only get it; they’re doing something powerful with it. There are some who conduct Nessor circles, where everyone holds hands in a circle while one person places their foot upon the Nessor and everyone recites foundational truths. Everyone receives the benefits of the low-frequency, delta range signals. Everyone remembers more of who they are. The bond between each person strengthens. I can think of few more beautiful expressions of humanity.

I heard Richard recently say, “It definitely was not my intention to spend my life doing this.” I feel similarly. I had no intention of working for a company that makes low-frequency sound healing machines. But I can tell you it’s one of the most rewarding projects I’ve been a part of. I’m grateful every day I come to work. And I can’t wait to see where this opportunity takes each of us from here.